“Success consists of going from failure to failure without loss of enthusiasm.” Winston Churchill 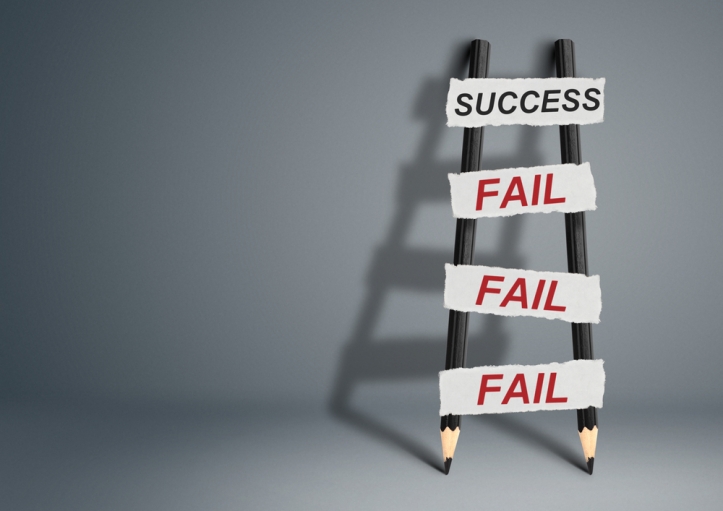 The other day I read a study on weightlifting that seemed to parallel so much in life.

A group of people were split into 4 groups:

-The first group lifted relatively light weights many times, but NOT to the point where they couldn’t lift anymore.

-The second group lifted relatively light weights, but to the point where they could no longer lift even the light weight when they were done. (This is called lifting to the point of Muscle Failure)

-The third group lifted 90% of the max weight that they could lift, but only did it once.

-The fourth group lifted the absolute heaviest weight they could lift once, but could not lift the weight a second time (they would goto Muscle Failure on the second attempt)

The study found that groups 1 and 3 showed slight improvements in strength and size, but they were blown away by the gains made by those who worked their muscles to absolute failure. (Oddly enough, both groups 2 and 4 saw almost identical gains in strength and size, despite the vast difference in how they got to to the point of Muscle Failure)

To me, this seems like such a perfect correlation to succeeding at almost anything worth trying.  Those who are truly great at something tend to have failed many more times at whatever they are great at than you would ever know.  The difference is that they did not get discouraged.  They learned from their failures, and just kept trying until they had mastered their skill.

How many times have you picked up a book on achievement and read story after story about all the failures successful people had to go through before they made their breakthrough?…From Michael Jordan being cut from his high school basketball team to Dr. Seuss having his first book rejected 28 times before being published…It’s learning and growing from our failures that tend to push us to excel, not the easy tasks that tend to come naturally to us.

So to you, I say, “I hope that 2018 brings you many failures to learn from, that you keep persevering, and that they ultimately bring you closer to your dreams and goals”